Ashe have a big monture

I wanted to take a big step in my animation quality. What does this mean?

I have invested 15 hours in making a loop that barely reaches 1 second. I have made a much more elaborate animation process. First I have studied how would be the movement if Ashe was riding a mount and at the same time a ****.

After making the sketch I made the inking and I took care of the lines to the maximum so that they looked uniform. When I had the ( ͡° ͜ʖ ͡°) version ready I had to do the SFW version, this included putting clothes on and removing the ****!

Once the loop was finished I had to look for bugs (and there were a few) and in the final version there are still some bugs (but I let you find them). Once finished I did the montage in premiere and added effects and music. 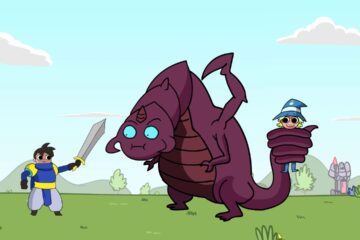 First episode of an animated series. In this case the tank is the protagonist! I’ve changed the style. The sound is now simpler and the voices are all done by me. I hope you enjoy Leer más…